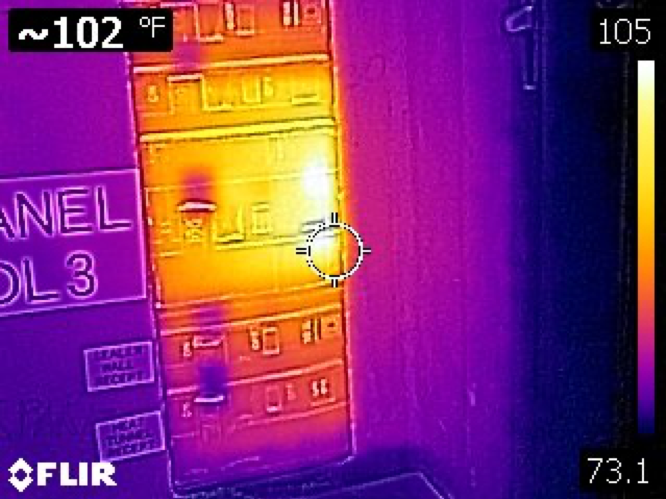 Did you know that a camera can reduce the likelihood of a fire?

Thermographic cameras (or infrared cameras) detect infrared light (or heat) that is invisible to the human eye. These cameras are incredibly useful when trying to detect the heat signature of just about any object. You might be wondering how thermal imaging relates to insurance. The answer is simple!

According to the National Fire Protection Association (NFPA), the primary causes of fires in warehouses and industrial facilities are attributed to electrical distribution and excessive heat generation. Fires may occur from many different sources within a facility, including:

Electrical fires can also originate from exterior sources such as electrical storms and surges emanating from street pole transformers, etc. However, main surge protectors are designed to help reduce these types of fires.

Internal electrical surges and excessive heat sources may include the cycling (on and off) of electrical motors, system wide electrical surges, and heat generating components such as furnace exhausts and bearings. Overloading the electrical circuits in the breaker panel generates heat and over time can cause a fire in the panel, shutting down critical equipment during operations. One way to scan for excessive heat sources is by using an thermographic (infrared) camera.

How does it work?

A thermal camera is designed to distinguish between cooler and warmer objects by capturing thermal radiation emitted by those objects at room temperatures. The camera converts the heat into an electronic signal or a thermal image that is usually represented by different colors. The camera automatically sets up a heat scale that permits the viewer to observe the relative difference in temperature between objects. 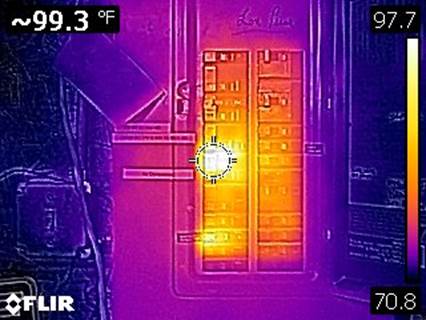 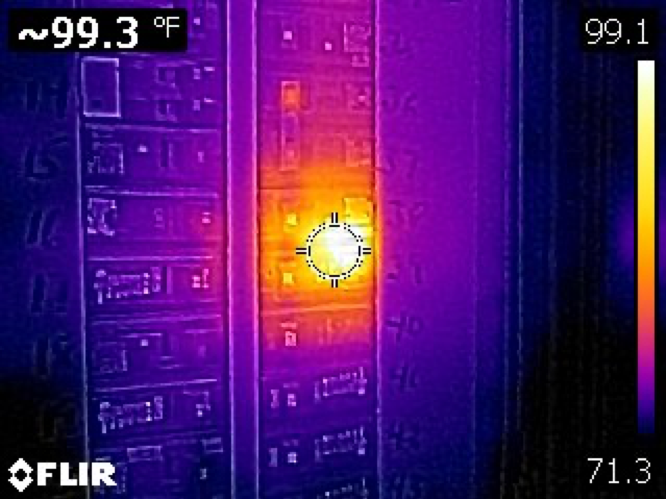 As a general guide, the temperature between circuit breakers should not be more than 20°F and no individual circuit breaker should be greater than 120°F. In this case, the condition of this breaker and/or the load being applied should be checked by an electrician. Most motors within a facility operate at temperatures up to 200°F.

Donegal’s Loss Control team is equipped with infrared cameras that can be used to scan for anomalies. Field consultants, with the help of facility operators, conduct a thermal imaging surveys to identify sources of heat anomalies.

Any anomalies would warrant further investigation by a licensed electrician or authorized equipment technician. Surveys of this nature reduce the potential for premature equipment failure/loss and fire. The ability and accuracy of thermal cameras can vary and professional thermal imaging companies are trained to more precisely identify the potential nature of heat anomalies.

Did you know that the NFPA offers courses on electrical safety?