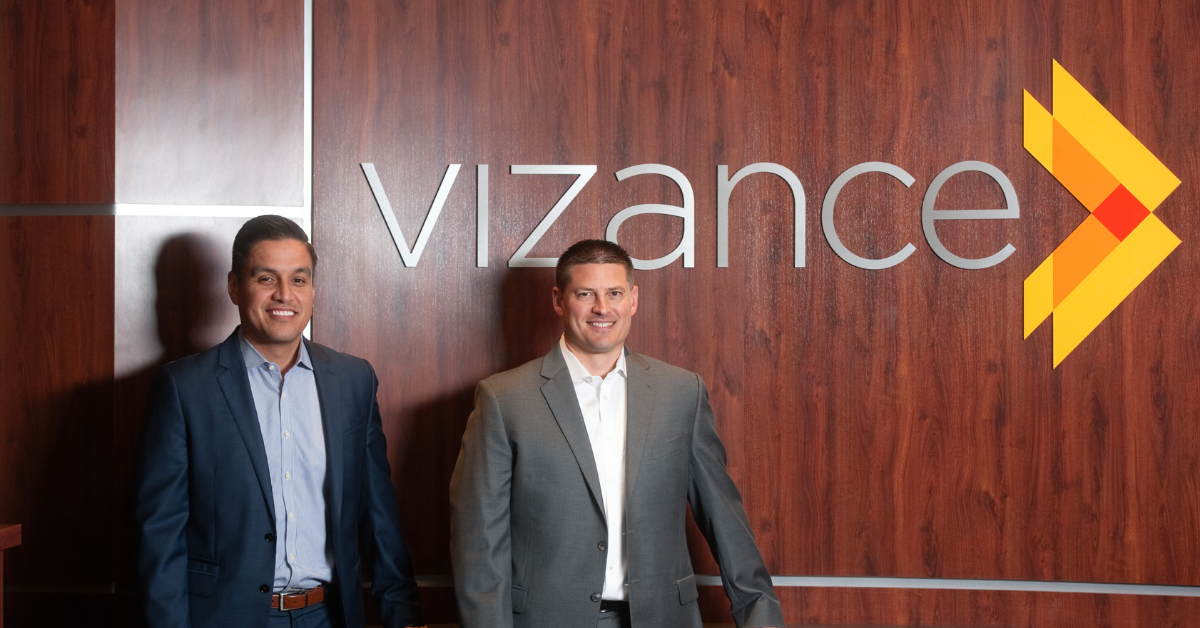 For Wisconsin’s Vizance, Inc., the path to success reads like the play-by-play from a football game.

There was the kickoff of the first quarter in 1978, when Bob and Terri Cardenas founded what was then RC Insurance Services in the basement of their Hartland home. And later, the second quarter, when their son, Jeff Cardenas met his best friend and future business partner, Dimas Ocampo, on- you guessed it- the gridiron. Jeff and Dimas would attend different colleges and begin their careers in the financial sector, only to regroup at Halftime and take the reigns as the next generation of leadership at what’s now known as Vizance.

The second half? That’s off to a strong start, with RC’s rebrand into Vizance in 2017. Since then, its tremendous growth has culminated in Vizance becoming Donegal’s second-ever $10 million agency in the fall of 2020.

“Organic growth for us is the foundation of what we’re built upon,” Jeff said. “We’re very tight knit. We really believe one plus one equals more than 2. We really have each other’s backs, and we prove that from the leadership team down. We lead by example.”

Born that same year that RC was founded, Jeff grew up learning the ins and outs of his parents’ company. Then-high school football teammates Jeff and Dimas founded their own landscaping company during their Junior year, printing 4,000 neon flyers to deliver to nearby neighborhoods, and recruiting fellow football teammates to work for them. “We did that for three summers and learned a lot about each other,” Jeff said. “We learned that not only were we best friends, but we really work well together.”

Fresh off of positions with large financial firms, Jeff and Dimas started in Personal Lines at Vizance in the early 2000s, before transitioning to the Commercial Lines side.

“We were not winning many accounts,” Jeff said of those early days. “So we really set our minds on learning how to sell. We read books, practiced, went to different conferences. We got together in the mornings with objection and rebuttal flashcards to practice. We didn’t start winning overnight, but we stopped losing so badly.”

Early on, Vizance focused on hiring experienced producers to fuel the agency’s growth.

“It wasn’t working,” Jeff said. “So we started looking for brand new people to the industry that we could hire and train our way- pour a ton of energy into them, go with them and help them to grow their books. So out of failure, really, is how we built the company one by one.”

Through that, both Jeff and Dimas say, an accidental company culture was formed.

“That first group of people who we poured a ton of energy into and trained, without being asked, they started really helping with the next group, and then the third group and the fourth group,” Jeff said. “And that culture is very strong today.”

Since its rebranding as Vizance in 2017, the agency has grown from a team of 65 to more than 165, and acquired a number of agencies through mergers and acquisitions. Today, Vizance operates out of 13 locations across Wisconsin. Vizance has repeatedly been recognized among the ”Top Workplaces,” “Best Places to Work,” “Fastest Growing Firms,” and “Future 50” lists, and was awarded first place in its
category in the Milwaukee Journal Sentinel’s Top Workplaces program in 2019.

“And we think we’re just getting started,” Dimas said. “It’s an awesome time to be in this industry. We’re having a ton of fun bringing great minds together.”

Though best friends and business partners, both Jeff and Dimas consider themselves to be polar opposites. “I’m more detailed, on the analytical side, and Dimas is very charismatic, persuasive and more on the sales side,” Jeff said.

One thing they share, however, is what Dimas calls their “old school” way of doing business. “We trust each other. We have each other’s back. We do what we say we are going to do,” he said. “And that was really the start of our relationship with Donegal, and (our Business Relationship Manager) Scott Jacob- really just starting to trust each other.”

Over the past few years, Vizance has grown faster with Donegal than they have any other carrier.

“I like to say we grew together,” Dimas said. “From the beginning, we got a really good feeling about Scott, and he’s absolutely been a man of his word. Everyone from the top down has been great at Donegal.”

Looking ahead into the Second Half, Vizance is in firm possession of the ball. “We hope to keep the pace up and grow even faster going forward,” Dimas said. “We’ll continue to do the right thing and focus on our people and keep adding great people through our recruiting and M&A.”

He added: “I think the runway ahead is nothing but positive.” .